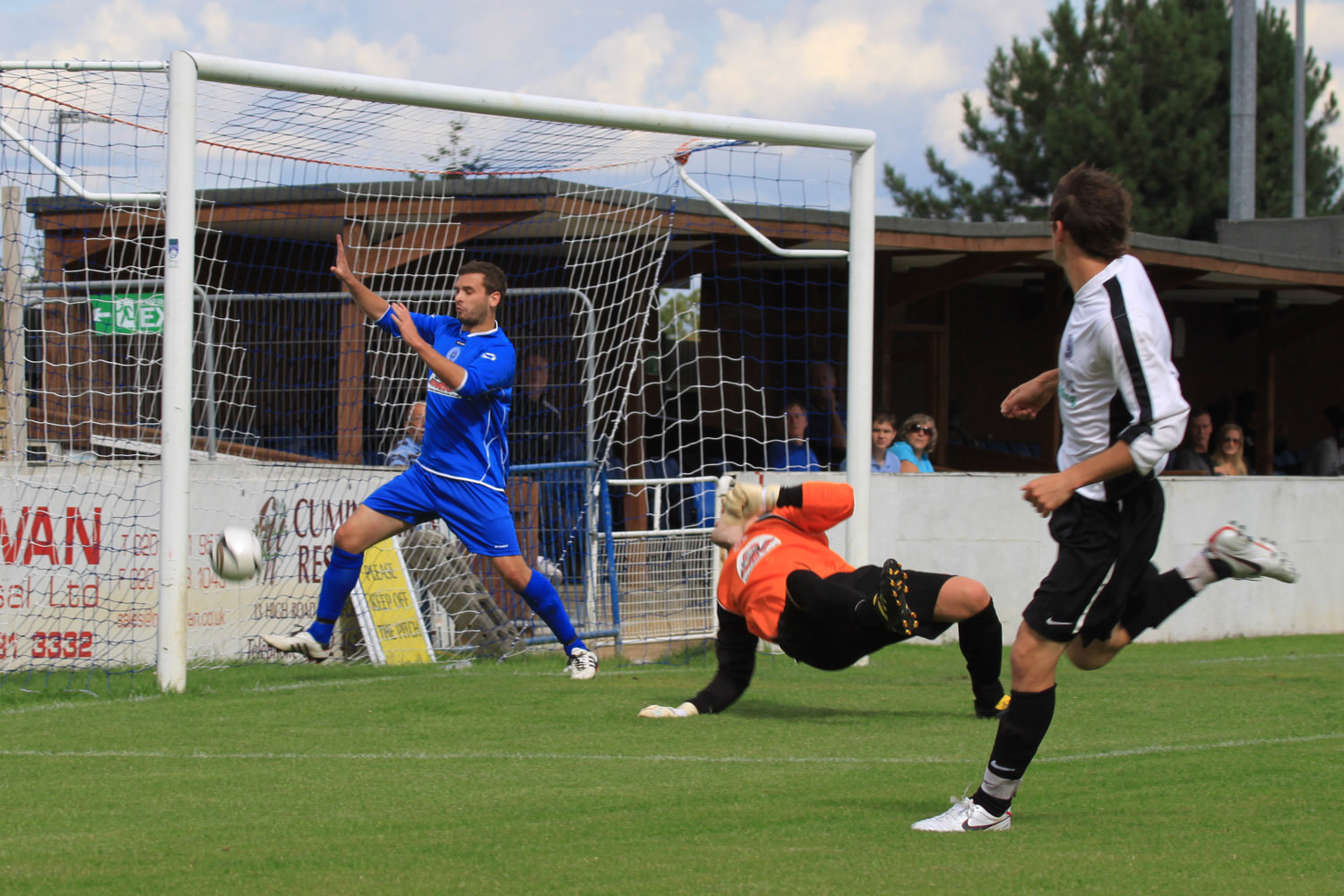 The Crows gave Broxbourne a thrashing of the highest order on Saturday afternoon as Paul Attfield's side maintained their 100% winning run to date.

Whilst a number of sides in the league continued their interest in this season's FA Cup campaign Royston were able to catch up on their game advantage after Wednesday's postponed game with Hadley.

This was an attacking performance of the highest order and but for the prevention of home goalkeeper Mark Virgo, no one would have been surprised to see The Crows net many more goals as they created an abundance of chances.

Royston took ten minutes to get control of the game but once they did their passing was industrious and quick on Broxbourne's superb playing surface and the creativity came from all positions.

The long throw also proved to be a useful weapon and a couple of Lewis Endacott launches caused panic and discontent in the home ranks and from the third one the ball worked its way to Nick Mulvaney at the far post whose angled drive was cleared off the line by a defender.

George Brinkman had the next clear chance when he met Lewis Endacott's fine cross with a downward header at the far post that was kept out by a combination of Virgo and the near post.

The home keeper then made full length stretch saves to deny Ross Collins and twice and was quick off his line to block a Ryan Lockett effort after The Crows forward had jinked his way superbly past three players. Collins was then unlucky to see his 20 yard effort flash wide of Virgo's near post after a sublime counter attacking move from the team.

The only worry 25 minutes into the game was that the deserved opening goal had not arrived and a rare forage into Royston's half saw Brennan send a stinging drive towards goal that Jorden Gibson superbly tipped over at full stretch.

A couple of other chances were created by the hosts without testing the goal but then Royston went and took the lead in the 31st minute with a fine goal. A move started on the right was quickly switched across the edge of the box with Young, Lockett and Brinkman all involved and Tom Malins crashed a twelve yard angled drive off the underside of the crossbar and into the net.

The lead was maintained until half time and despite an early home assault in the opening stages of the second half Royston scored a two quick goals to have the game all but wrapped up by the 53rd minute.

Ryan Lockett added his team's second goal in the 50th minute when he worked some space on the right side of the box and smashed and unstoppable rising drive inside the keeper's near post.

From Royston's next attack they won themselves a corner and centre half Dean McElvoy met Lockett's corner at the near post to simply guide into the net.

Paul Attfield sent on Luke Robins and Will Turl to heap more misery on the host's tiring ranks although Broxbourne did reduce the deficit mid way through the half when a harsh looking free kick award on the edge of the area was cracked into the net with venom from Daryl Mitchell.

The Home side threw more bodies forward which made them sceptable to the counter attack with Will Turl racing clear from one opportunity but being denied by Virgo's interventional block.

The Fourth goal arrived with 15 minutes remaining when anther long throw from Endacott was flicked on by Turl for McElvoy to simply head into the empty net from six yards.

Endacott and McElvoy were both unlucky not to add goals with good further chances before Will Turl completed the scoring converting a loose ball from 16 yards after Josh Bronti's run at goal had been thwarted by Virgo once again.