On The Road With The Crows……

NEXT UP: BRAINTREE TOWN FC

So after our Midweek destruction of League favourites Kings Lynn, we head to the sunny climates of Essex and our opponents Braintree Town FC.

Well Braintree lies on the River Brain near an old Roman Road that leads to Colchester and further East. Was this an escape route for the Roman Army that may have heard about a possible descendant in Joey Essex?

It has two train stations. Two! Are people that desperate to leave??

One of the routes out of Braintree

During World War Two, Crittals the munitions suppliers were one of the first companies to employ women. Nuff respect!

Famous people of the town include Louie Spence (less said the better), Olly Murs (Even more, less said the better) and Beans on Toast, not the meal but a world famous folk music artist that had such famous hits as Rolling up the hill and Spanner in the works. 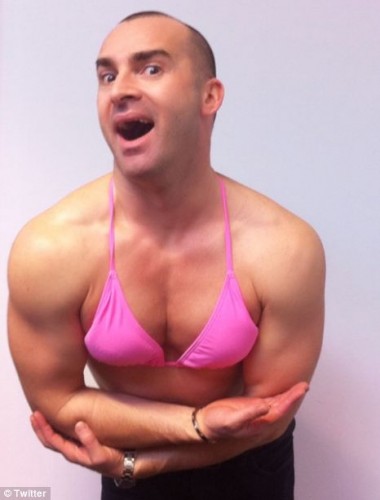 The club was formed in 1898 as Manor Works, the works team of the Crittall Window Company from which they gained their nickname “The Iron” I am trying to work out the similarities between Iron and Glass? The new club took over the fixtures of the recently defunct Braintree F.C. in the North Essex League where such famous names as Chelmsford, Maldon, Tiptree and Burnt Oak took the world by storm. They left the league in 1900, but returned in 1901. They won the title in 1905–06, 1910–11 and 1911–12.

After World War II the Eastern Counties League did not resume in 1945, so Crittall joined the Eastern Division of the London League instead.

In 1959–60 they won the league and League Cup double. They switched to the Greater London League in 1964, and then to the Metropolitan League in 1966.

They were renamed Braintree & Crittall Athletic in 1968, and in 1970 returned to the Eastern Counties League again. In 1981 all links with Crittall were severed and the club was renamed Braintree F.C., before adopting their current name in 1983.They won their second Eastern Counties League title in 1983–84 and retained it the following season. In 1986–87 they won the Essex Senior Trophy and the following season they won the League Cup.

In 1991 the club stepped up to the Southern Division of the Southern League. In 1996 the club asked the FA to switch leagues to reduce their travelling. After initially being refused, they were allowed to move to Division Three of the Isthmian League, although it was an effective drop of two divisions. They were promoted as runners-up in their first season, and repeated the feat the following season. After three seasons in Division One they were promoted to the Premier Division with a third-place finish in 2000–01. They won the Premier Division in 2005–06 to earn promotion to the Conference South. The season also saw them reach the first round of the FA Cup for the first time, eventually losing 4–1 at Shrewsbury Town.

Braintree qualified for the promotion play-offs in their first season in the Conference South, but lost 1–0 to Salisbury City in the final. They also reached the play-offs the following season, but lost to Eastbourne Borough in the semi-finals. In 2010–11 they finished as Conference South champions, earning promotion to the Conference Premier. The next four seasons saw the club reach the FA Cup for the first round, losing to Tranmere Rovers, Newport County, Chesterfield and Oxford United in successive seasons. In 2015–16 they finished third in the renamed National League, qualifying for the promotion play-offs. Despite winning the first leg at Grimsby Town 1–0, they lost the home leg 2–0 after extra time. In 2016–17 the club reached the second round of the FA Cup for the first time after beating Eastbourne Borough in the first round; they eventually lost 5–2 to Millwall in the second round. They were relegated from the National League at the end of last season.

A strong start by the Iron with 6 wins, 3 draws and 2 defeats. More importantly they are unbeaten at home, so Saturday’s game will present a real challenge for the Crows. However predictions of a 6-0 defeat as proclaimed by some sections of their support might be a little over the top! Last time out saw an impressive 1-0 victory at the speed of sound Concord Rangers.

The Iron like to keep things a secret as their website does not furnish us with any player information. However your intrepid reporter has done some digging and not Sun style journalism. When the latest gaffer was appointed, a fair few followed him up the A12. The exotically named Liam Enver-Marum, a forward, started his career at Cambridge United. Spells at Woking, Maidstone, Ebbsfleet, Slough Town, and Basingstoke Town amongst many, many others followed before rocking up at Braintree this summer. 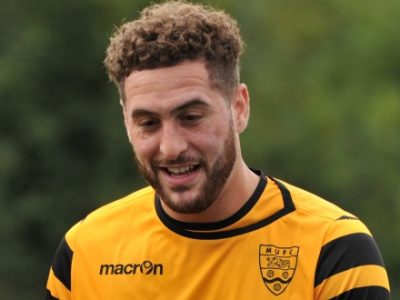 Exotically Named, but knows where the goal is!

Another forward player, Nigel Neita started his career at North London minnows Arsenal before seeing the light and heading to South London to join the mighty Dulwich Hamlet. Nige as he likes me to call him joined Enfield last term and scored 2 goals in 18 appearances before joining Bradders at the Braintree revolution.

Another player to follow the gaffer up the A12 is the highly rated Connor Bolton. A dead ball specialist in midfield, he has had the mighty Palace and the not so mighty Barnet sniffing around this season.

One of the games nice guys, Brad Quinton started his career at Cambridge United before venturing into the Non League World. A legend at Braintree, the midfielder made over 500 appearances before joining Enfield, first as a player before picking up the managerial reigns. The call came from the Iron and he was tempted home in the summer. I Personally wish this chap the very best as you can meet some unpleasant characters in the game but Brad is definitely a 24-carat diamond.

With such a gulf between the two sides in recent years you would say no, however we met the Iron in an FA Vase tie at Cressing Road. The outcome was a 3-1 defeat to the Crows in the 1988-89 season.

Food and Drink: Previous visits to Cressing road have yielded one of the best Burgers in the league. Not Greasy at all.