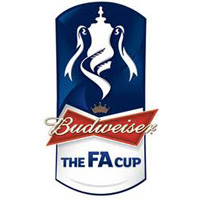 Next Up: 'The Generals' Of Chesham United FC
Crows at Chesham United
The Meadow, Amy Lane, Chesham, Bucks, HP5 1NE
Kick Off: 3pm Saturday 14th September 2013
The FA Cup with Budweiser: 1st Round Qualifying
______________________________________________________________
“The Crows are on their way to Wembley, Craig is gonna take us all the way” at least come 4.30pm that is what we hope to be singing, but I am sure the army of Chesham with their mighty Generals will have other ideas.
But onto the quaint and idyllic Buckinghamshire Town of Chesham, which is located within the Chiltern Hills. Archaeologists identified that habitation was found in these parts during the late Mesolithic period on the discovery of Bronze Age tools. These are still on sale at the local B&Q Warehouse. 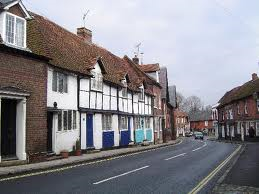 Chesham: Expensive but a nice place to live
In recent times, the town is more famous for not the “3 R’s” but the “4 B’s” and that is Brushes, Beers, Baptists and Boobs. Sorry, typo there, much to the disappointment of the Male Crow support. It’s Boots! Yep the Town prospered during the late 17th and early 18th century for its manufacturing industry. All gone now though.
The town is also known to be a bit rebellious on the religious front. In 1532 Thomas Harding was burnt at the stake for being a Lollard and a heretic. In the late 17th Century Chesham was the focus for those dissenting from mainstream religion. Quakers first met here in the late 17th Century, Baptists first preached here in about 1640 and John Wesley came to the town in 1760. The Wesleyan Methodist Chapel was built in 1897. 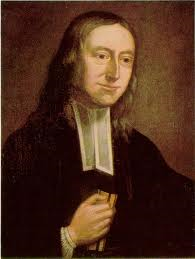 Made a difference: John Wesley
In more recent times Chesham is a commuter town with its Underground station used for trips to “Old London Town” hence why house prices are on the touch pricey! I could not afford to live here or only in a tent, shed or self build!
Famous people from these parts include the author D.H Lawrence, the weatherman Francis Wilson and “Jack of all trades” Stephen Fry. I doubt any of these people go to Amy Lane?
HISTORY
Known as “The Generals” because of the old Chesham Generals football team and not for the Town becoming famous as the retirement retreat of famous Generals of the past. They merged with Chesham Town in 1917 and became known as Chesham United. How simple, how quick, not like the long winded formation of near Neighbours Aylesbury Vale or whatever they are called now?
They kicked around local leagues for many years before joining the Corinthian League in 1947. Unspectacular mid to lower table finishes followed before runner up spots were achieved in 1961 and 1962.
After the Corinthian League was disbanded in 1963 they joined the newly formed Athenian League in 1964.

They continued their “Always the Bridesmaid, never the Bride tag” by finishing runners up in the FA Amateur Cup in 1968, losing 1-0 in a closely fought encounter against Leytonstone at Wembley.
In 1974 “The Generals” joined the Isthmian League and again enjoyed a long stay with more unspectacular finishes before securing their first league Championship in 1987 romping to the title with 90 points in front of challengers Wolverton and Haringay Borough.
In the 1979-1980 the FA Cup 3rd Round was reached after victories against Boreham Wood, Haverhill Rovers, Bedford Town, Maidstone United, Minehead and Merthyr Tydfil, before bowing out to then old Second Division side Cambridge United by a 2-0 score line at home. Steve Spriggs scored both goals for CUFC before they were knocked out 4-1 by Aston Villa in the 4th Round.
The 1990’s was a great time to visit Amy Lane with silverware galore ending up in the Trophy Cabinet. The Isthmian League Division 1 was captured in 1991 before the Premier Division title won in 1993. Several prestige cup trophies were hauled in including the Berks & Bucks Senior Cup (twice). Relegation occurred in 1995 but the General’s bounced back at the 2nd time of asking, winning the title by 8 points from runners up Basingstoke Town.
Several seasons of stability followed before the tough times of the noughties followed with relegations in 2003 and 2007 before the arrival of boss Andy Leese.
The new manager swiftly stamped his authority on the team and secured promotion back to the Southern League Premier Division in 2010. Unfortunately the Bridesmaid curse returned to Amy Lane with the Generals twice being defeated in the play-offs by AFC Totton and Hemel Hempstead Town.
Their Season So Far
Currently in 4th place in the Southern League Premier , this is going to be a tough ask for the Crows, but the magic of the Cup, vocal travelling support and Jez’s pre-match rituals, you never know what might happen? Please keep it on the floor, please keep it on the floor.
The Generals started this campaign quite slowly with a draw at home against Bideford (2-2) and an away defeat at Arlesey Town (3-2). However, since then they have been on fire, racking up 5 straight wins including a 3-2 victory at favourites Stourbridge and a 1-0 victory against surprise package Hungerford Town.
Ones to Watch
Former Luton Town stopper Shane Gore joined Chesham in 2010 and has become a fans favourite at Amy Lane. Shane was once voted into the top 4 non league Goalkeepers nationally in 2009. Difficult to beat, he commands his defence just like a General.
Defender James Quinn joined in the summer of 2012. Previously played for Torquay United, young James is highly regarded at Chesham and is expected to make a big impact this season.
Experienced striker Chris Dillon was lured away from Premier rivals Arlesey Town this summer. The “Dill” machine notched up 21 goals last year in the Southern Premier and has found the back of the onion bag 4 times so far this current campaign. A deadly and class finisher, the Crows back line need to be on their guard to snuff out this threat. 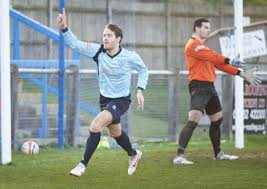 The Dill Machine in Action for Arlesey Town.
The Gaffer
I’ve known Andy Leese for many years from his time at Cheshunt. He took over the Ambers when the club were in the doldrums and put together a formidable side that included the likes of Leon Archer and Chris Watters, who followed him to the Generals. Andy led the club to the Southern Premier League in 2010 after a 4-0 victory against Slough Town in the play-off final. 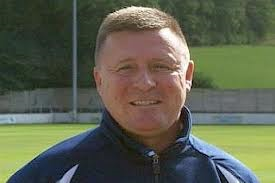 Andy Leese: A Cheshunt and Chesham Hero…..
Have We Met Before?
Twice in the league and it is miserable reading for Crows fans. On both occasions we were hammered by the General’s. This occurred in 1986-1987
How To Get There
Take J20 off the M25 to the A41 Aylesbury/Hemel follow this road for about 7 miles, your turn off is after the Service Station; the turn off is for Berkhamsted/Chesham, take the right hand lane in the slip road to the A416 to Chesham. Follow this road through Ashley Green (being careful of the speed trap!) past the college on your left, when you get to the bottom of the hill take a left turn at the mini roundabout. Follow the road for about 1.5 miles, go straight over the next two roundabouts, then get in to the left lane to take the first exit from the next roundabout, you will pass a Pub called the Red Lion on your right shortly after this. Follow the road to a mini roundabout, take the right exit going past two petrol stations either side of the road. Chesham United is on the third exit off the next roundabout.
Matchday Information
Match Day tickets are £10 (Ouch!) but there are concessions available with identification or if you look just old, old, old like Ian. Under 18’s can get in for £3 and Under 12's for £1 if accompanied by an adult.

Matchday programme is £2.
Parking though is Free. Yay!
Jez Izod