The Crows are delighted to announce the addition of three new players to the squad. 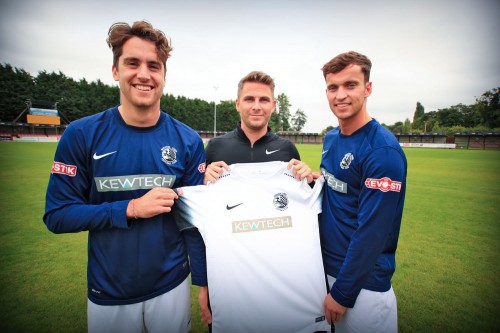 James Potton (28) built his career at Chesham United playing 186 games in a 4 year stint between 2010 and 2014 scoring 55 times, he moved to Hemel Hempstead in 2014 making a further appearances in the National League over a 2 year period scoring 14 goals. James is a attacking midfielder who is comfortable in possession and not only scores goals but has the creativity to make even more.

Lee Chappell (31) moved to the Crows from St Albans where he made 199 appearances over the past 4 seasons. Lee is a left sided attacking full back who not only fits Steve Castle’s style of play to a tee he also brings an infectious energy and positivity to the squad.

Sam Corcoran (26) spent his early years at Arsenal before moving to Colchester United in 2008. Since then Sam has played for Chelmsford City, Hayes & Yeading, St Albans and Hemel Hempstead making close on 200 appearances. Now living locally in Buntingford, Sam is a technically gifted midfielder with National League experience and a great addition to the team.