On The Road With The Crows
Next Up: “The Sarnies” of Egham Town FC
Crows at Egham Town FC
The Runnymede Stadium, Wards Place, Egham, Surrey, TW20 8XD
Kick Off: 3:00pm Saturday 17th August 2013
The Calor League, Southern Division One Central
______________________________________________________________
Guess whats back? Season’s back, back again (Sung to the tune of the Real Slim Shady). Old Crows, like Terry probably have no idea what I am talking about. The season is back though and with the Crows being installed as one of the pre-season favourites for promotion, we start our campaign with a tricky trip to Combined Counties Champions, the Sarnies of Egham Town. Nom, Nom, Nom.
But on Egham, where is it? I hear you all cry…. Well a very affluent area of the country, you need a bit of cash to live here. Average house prices start at £254,995 for a one/two bedroom flat, ouch to the first time buyer then! However, according to their community website, a car can be stolen in 60 seconds! Did they make a film about that? Speaking of the community website, it offers a daily thought for the day…… Today’s little gem is “To sit alone with my conscience is judgement enough for me” ‘parantly a geezer called William Stubs wrote that. Interesting fella! 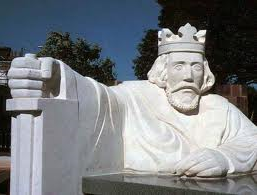 The Magna Carta was sealed here in 1215 with Bruce Forsyth one of the witnesses. A sculpture celebrating this can be found in the town.
In 2007, Egham was in the centre of a foot and mouth outbreak and that’s about it for the town.
Famous people from these parts include actress Hilda Braid who played Nanna Moon in EastEnders, the Poet John Denham and William Chalenor, who operated a counterfeiting operation out of the pub next door to the local Police Station. That sounds familiar, Banyers anyone?
HISTORY
First formed in 1877 as Runnymede Rovers, the club played in the famous Red & White of Sunderland. Although Eghams form is much better than that lot from the Stadium of Light. Reformed as Egham FC, the club won the Surrey Senior League in 1905.
From 1927 to 1933, the club plied their trade in the Spartan League winning absolutely naught before returning to familiar surroundings of the Surrey league.
After World War II the club made the surprising decision not to reform and it was not until those heady days in 1963 that the new club came into fruition. With support from all the local councils (are you watching NHDC) the club played their home games on part of the recreation ground. It is now pretty impressive for a club in this league with covered areas on all four sides. 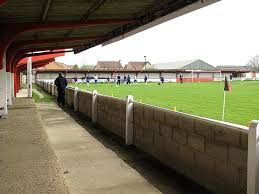 The Stadium of Light? Or Runnymede?
The club joined the Parthenon League in 1964 (Never heard of it either, sounds Greek to me!) before returning to the Spartan League, winning the title in 1972. The “Sarnies” were elected into the Athenian League and then joined the Isthmian League upon its expansion in 1977.
Not much happened between then and 1992 when Egham reached the final of the Surrey Senior Cup and the Loctite Trophy, unfortunately neither of them stuck. “Stuck” get it? You know, loctite and stuck? Don’t give up your day job Jez.

Egham Town FC 1991
In 1998 the club played in the re-organised Isthmian League Division One South, before being side switched to the Southern League. This proved to be a disaster as they finished bottom with just 22 points. Slightly better than Woodford United last season, only slightly better. The club eventually decided to play in the Combined Counties League.
Seasons of mediocrity followed whilst the “Sarnies” re-grouped before launching a promotion charge last year. The mighty reds swept everyone aside and finished Champions in front of everyone’s favourites (in more ways than one, just ask Godalming, Guildford and Fleet) Guernsey. They also inflicted a 3-1 defeat on the Islanders too. Well done the Sarnies!
Saturday will prove a tricky test for the Crows and a question for everyone? I’ve done my research, but why on earth are they called the Sarnies? Are our players to indulge in an almighty feast of bread after Saturday’s proceedings? 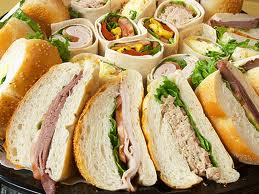 What's on offer at the Runnymede?
Their Season So Far
First game of the season! But their Pre-Season form includes victories over the mighty Bedfont & Feltham and Hanwell Town. As they say about Pre-Season games, they don’t mean a jot.
Ones to Watch
It’s a little difficult to give you accurate information about the Egham team as their stats on the website have not been updated for well, ages! But from all accounts young striker Jamie Read is one to watch. The goal getter had scouts from all over the area drooling at his goal capabilities.
The midfield maestro is Jamie Houghton, previously of Ashford Town (Mddx). A tough tackling player who has never been sent off in his career, he has the ability to score some amazing goals from set pieces. 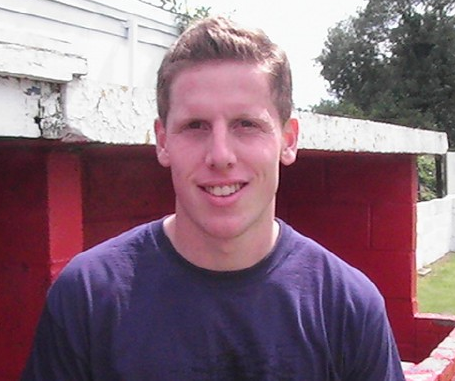 Left back Jake Galbraith has been around a bit for a young(ish) lad. The defender has also turned out for AFC Wimbledon and Woking.
The Gaffer
Former player Lee Pasmore took over the reigns at Runnymede 10 games into last season after the previous incumbant jumped ship for Chipstead. Lee had an unenviable job to do after half the squad left. Amazingly and to his total credit, he led the Sarnies to the Championship over the much fancied Guernsey. A manager that should go far in the game, nuff respect!
Have We Met Before?
Once only in 1991 in a League Cup match. I have a copy of the program, but not the score, can anyone enlighten me? Oh, it was played at the Runnymede.
How To Get There
Right, my attempt at directions, as their site is well, pretty poor on that front. Perhaps they don’t want anyone to come?
Follow your nose to the M25, my route usually takes me onto the A1(m) and off just past the Hatfield tunnel, taking the A414 route towards Hemel Hempstead. Once you are on the M25 continue on until junction 13 (unlucky for some mwah ha ha ha).
Take the exit towards the A30 and continue to the round-a-bout. Take the second exit signposted Bagshot/Egham/Windsor before merging onto the A308 signposted The Glanty. At the next R-A-B take the first exit, The Avenue B388 and continue forward. At the next, you guessed it R-A-B take the first exit signposted Vicarage Road/B388.
Turn left onto Pooley Green road and then left again onto Pond Road, then take the first right onto Wards Place. The Stadium should, I say should be on your right hand side? But this is Jez’s directions, it could be another 150 miles or even Burnham, Essex!
Matchday Information
Again, website is seriously lacking in this information. I can tell you about the Dart’s team, but not about the match! My efforts to contact someone from the club have also proved fruitless.
Jez Izod