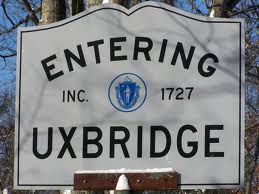 Crows On The Road – To Uxbridge

Next Up: The Reds Of Uxbridge FC.

After last weekend’s league defeat, the Crows will be looking for an immediate response against Uxbridge FC, keeping alive our dreams of making a National Final at England’s showpiece arena, that’s right, Old Trafford if rumours are proved correct!!!

Where is Uxbridge, the “Who wants to be a millionaire” question. Is that show still running? Well Uxbridge is a town within the London Borough of Hillingdon, so does that make Hillingdon Borough FC the bigger team?

The town though is steeped in history, it is the site of the Battle of Britain Bunker and the Secret Nuclear Bunker (not such a secret now!) A little earlier, just after Bruce Forsyth moved in, the town was the place of secret negotiations between King Charles I and the Roundheads, there you go Crows fans, yet another fascinating fact from yours truly!

Famous residents include Brucey, as mentioned above, Christine Keeler (Of the Profumo Affair) and more recently Paul and Debbie Daniels, you know of “like it, but not a lot” fame. Makes you jealous doesn’t it. What do we get, but Bungle the Bear from Rainbow!

As the second oldest club in the South of England the club has a long and sometimes chequered history, so here goes.

They were founded in 1871 and started playing friendly games in the local area, they made their debut in the FA Cup in 1873, beating Wulfrunians (Later the Wolves) and Cambridge University before succumbing to eventual finalists Oxford University.

Unfortunately they went bust in 1874 before reforming again in 1879. They were a club of some fame then, with two brothers gaining full England caps, no not Phil and Gary Neville, but Hubert and Francis Heron. Remember them?

In 1886, Uxbridge FC merged with Uxbridge Crescents (Not the Avenue or the Close) and became, well Uxbridge and Uxbridge Crescents FC, I’m so glad that they decided to end that mouthful and become Uxbridge FC again in 1888. This was the year they gained their nickname “The Reds”, due to their red shirts, original hey, they could have claimed naming rights and stopped those other clubs from cashing in on their nickname. Liverpool FC are you watching?

They were one of the founder members of this league in 1894, so have been around the block a little. In 1895 they finished second in this league, 3 points ahead of Spurs and only a point behind those London giants Hendon!

In 1898 they reached the final of the FA Amateur Cup, losing to Middlesbrough 3-1 at the Crystal Palace.

They stayed in the Southern League for another 5 years before financial issues forced them to resign and were placed in the Middlesex league. Further financial mismanagement forced them to fold with a debt £130.13s after just one season.

A couple of years later, they reformed again as, well you guessed it, Uxbridge FC and were placed in that well known West Middlesex League. After a couple of years there, they were promoted into the Great Western Combination League and remained there until the outbreak of the First World War. Uxbridge FC were one of the original “Pals” Battalions and lost 95% of the men that served both the club and the Armed Forces, pretty sobering stuff.

After the end of war, Uxbridge joined the Athenian League but without much success, they were relegated back in the GWCL in 1920. After a further four years languishing in this league they gained promotion back to the Athenian league. They remained here until 1937 and after yet another relegation, were placed in the Spartan league. They won this league in 1939, but were denied the championship after it emerged they had fielded an ineligible player.

After the war, the Reds dabbled in the London League and then the Corinthian League. They purchased the original Honeycroft in 1948 which is now the site of Brunel University. They won the Corinthian League in 1960 and stayed there until the restructuring of Non-League football in 1963. They then returned to familiar pastures of the Athenian League.

Financial problems dodged the club and oblivion looked a distinct possibility until they met England in a friendly at Wembley in 1976. Nope I am not joking Crows fans! They played a full strength England side and lost 8-0. This enabled the club to survive, but also to thrive. The club purchased their current ground in 1978 and named it “Honeycroft”.

2005 saw the club switching back to the Southern League, securing a fourth place finish and a place in the play-offs. They lost 4-3 on penalties to Maldon Town and following a dismal downturn in form, George Talbot was sacked in 2006 and the club moved for former fans favourite Tony Choules.

In 2008 they reached the play-off final again, but lost 1-0 to Oxford City. Last season saw them reach the play-offs yet again, before losing 2-1 to Bedworth United in the Semi’s.

Installed as one of the favourites for promotion this season, this game presents another tough ask for the Crows, however this is a cup competition and anything can happen….

In the league, played 5, won 3, and lost 2. But this is the cup. In the nation’s premier cup competition they thumped a star studded Wembley side 5-0 away from home, but were surprisingly beaten 4-3 at home by Berkhamsted Town of the SSML. We know that league don’t we Crows!

Teenage sensation Nicke Kabamba is a striker in form. Nine goals to his name so far this season have brought the scouts from several league and conference clubs down to the Honeycroft to marvel in his brilliance in front of goal. Very dangerous, our defence will need to be in tip top form to marshal him.

Tony Choules, a legend from his previous playing days at Uxbridge. He took over from George Talbot and has led them to two play-off finishes so far. Tony has managed Hendon, Hornchurch, Northwood and Cheshunt. Tony, if you are reading this, a few years ago I went to watch Cheshunt FC v Enfield. Silly me Crows, I forgot my wallet and Tony “lent” me the £6.00 to get in. I’ve still not paid him, so debt will be paid in full (without interest) on Saturday!

According to the Uxbridge & Royston historians, we have only met once in the past, in season 96/7 'The Reds' hammered us 5-0  in the FA Cup 2nd Round Qualifying at Garden Walk.

The Crows are running a coach to this fixture, leaving Garden Walk at midday. Cost is £10. For those interested, please contact Steve Jackson or Alan Barlow at the club.