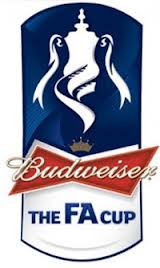 Crows on the Road – by Jez Izod

Next Up: The Blues Of Wingate & Finchley

Next up for the Crows, is a visit to London for an FA Cup 1st Round Qualifying game against Wingate & Finchley FC. A warm-up match in preparation for the Crows FA Cup Final appearance against Wolves come next May!

Born in 1991 by a merger between two famous old London Clubs, not quite as Famous as the Arsenal, West Ham, Leyton Orient, Crystal Palace, but more famous than Spurs. Wingate and Finchley drew together to become, well Wingate and Finchley FC. How original. The Blues as they are nicknamed (not the Finches or the Gate, which sounds far more exotic) took Wingate’s place in the South Midlands league. They played their matches at Summers Lane, home of the old Finchley and their 1930’s Hercule Poirot, art deco main stand. Thus renamed the Harry Abrahams Stadium after, well, Harry Abrahams. Yep I’ve never heard of him too. But to the fans of W&F, he was a long standing Wingate fan.

League re-organisation happened in 2003 and the club were placed in Ryman League Division 1 North, quite a mouthful to announce, I’d imagine. They only stayed one season, before trying their luck in the Eastern Division of the Southern League, yep Crows fans, not confusing at all!

After just a couple of seasons in this league, they returned to the RLD1N (much quicker to type) and made the play-offs in 2009-10 in which they lost to that other mighty London side, Enfield Town.

The following year was the most successful in this new clubs History. The Isthmian League Cup and London Senior Cup were captured and they defeated Brentwood Town 3-2 in the play-off final, to send the mighty Blues into the RLPD (Ryman League Premier Division). They finished in unlucky 13th in their first furore in this Division.

Played 5, lost 3 and have won the last two. This does not tell the full picture of their season so far. With key players and investment into the squad, this game provides a tricky opposition for the Crows. The Blues do have ambitions to play much higher up the pyramids, perhaps even to Cambridge United’s level! In their last two outings, they have beaten fancied Carshalton 1-0 and the much unfancied Thurrock 2-1, with the very excellent Leon Smith scoring in both games.

As mentioned above, the very classy and cultured striker Leon Smith is the danger man for them. 3 goals in 5 games proves that he knows how to hit the back of the onion bag. David Norman (the gaffer) brought Smith to the North London side when he took over at the helm in May 2009, plucking the young striker from Chiswick-based Sunday league side Old Meadonians. Ah, the Pride of Chiswick.

David Norman, not to be mistaken for David Norman, Canadian International footballer, joined the club in 2009 from that very famous Welsh side Owestry Town. Big Dave lists another famous old welsh side TNS as a former club,Yes that TNS, famous from that guy on Sky Sports, Stelling I think his name is, shouting “ They’ll be dancing in the streets of Total Network Solutions tonight!”

After my last terrible attempt to furnish Crows fans with directions, I’ve gone for the safe option this time and taken these straight off W&F website. If it goes wrong for you, blame them!

The simplest way to get to The Harry Abrahams Stadium is to get on to the A406 North Circular Road.
If coming from the West (eg via M1), go past Henlys Corner (taking the left fork after the traffic lights) and then drive for about 1 mile. The exit to take is the one immediately after a BP garage.
Take the slip road and then turn right at the lights onto the A1000
If coming from the East (eg via A10, M11) take the A1000 turn off. At the end of the slip road turn left at the lights. Go straight over the next set of lights, then after 100m pass through another set of lights.
Then at the next set of lights turn right into Summers Lane. The Abrahams Stadium is a few hundred metres down on the right hand side.

The nearest Underground station is West Finchley Station (Northern Line – High Barnet branch).
The station is a 10/15 minute walk away from the Ground. Alternatively go to East Finchley Station and get a 263 bus heading North towards Barnet. Get off at the bus stop just after Summers Lane traffic lights

EDIT: Jez’s Notes: This is perhaps the easiest and cheapest way. Travel card for an adult is just £20.00 return from Royston station to W&F. Trains leave at just about the quarter to and quarter past each hour.